Legionella is a form of bacteria that thrives in water and can spread by breathing in droplets of water containing the bacteria itself.

Why is Legionella dangerous?

LEGIONELLA BACTERIA CAN LEAD TO VARIOUS DISEASES, SOME OF WHICH CAN BE FATAL.

In the right conditions, this potentially fatal bacteria may grow and thrive. therefore increasing the risks of people contracting Legionnaires’ disease so it is vitally important to control the risks by introducing the appropriate health and safety measures such as a Legionella Risk Assessment and Legionella Testing.

What is Legionnaires’ Disease?

The Disease got named after its first outbreak back in the 1970s after infecting an American legion convention. Out of the 2000 attendees at the convention, 182 of those people were infected and 29 people, unfortunately, died from the disease outbreak.

What are the Symptoms of Legionnaires Disease?

The Symptoms that are caused by the contraction of Legionnaires Disease are similar to some flu-like symptoms such as:

When Legionnairs’ disease worsens, you may experience:

If you do develop any of these symptoms or feel extremely ill you should contact your doctor/GP and seek assistance right away.

How is Legionnaires Disease Treated?

You may need to be admitted into the hospital if you contract Legionnaires’ disease.

When your health starts to improve you may be able to take antibiotic tablets at your home and leave the hospital. Antibiotic treatment can last as long as 3 weeks. Most patients recover fully, but it might take a few weeks to get back to feeling normal.

It is not unusual for patients suffering from Legionnaires’ disease to be sometimes admitted to an intensive care unit. Some also suffer long-term symptoms. Studies have shown in the past that recovered patients have shown long-term fatigue, neurologic symptoms, and neuromuscular symptoms for up to months after diagnosis.

How does Legionella Bacteria spread?

After Legionella grows and breeds in a building’s water system, water containing Legionella can spread if the water droplets disperse in small enough size for a person to inhale. Therefore, this can lead to people contracting Legionnaires’ disease or Pontiac fever when they breathe in small droplets of water in the air that contain the bacteria.

Another less common way people can contract legionella related diseases is by drinking water containing legionella. This only really occurs when people accidentally breathe it in whilst drinking, the people most at risk of this are those with breathing problems.

In most cases, you can’t pass on legionella caused diseases to someone else, the chances of this are very slim.

Individuals who are more vulnerable to Legionella Bacteria

Most generally healthy people who are exposed to Legionella will not get too sick. People more at increased risk of getting serious ill are:

What properties are at risk of having Legionella Bacteria?

These high-risk properties and complex water systems should be monitoring their water more often than lower-risk properties with shared premises such as public swimming pools being advised to conduct a Legionella Risk Assessment every 3 months.

How to Identify Legionella and stop it from spreading

So what is involved in a Legionella Risk Assessment?

In a Legionella Risk Assessment, all water sources at the premises will be checked. An LRA will include: 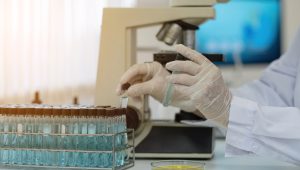 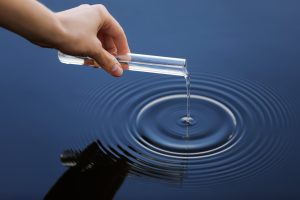